TWO projects created for the benefit for young islanders and the community at large have won prizes for this year’s Insurance Corporation Conservation Awards.

Living Streets Guernsey received £2,000 for their Baubigny Schools pathways project, which provides a safe route to school for children walking or cycling from St Peter Port north. The cross-country route links up existing pathways from Pitronnerie Estate to the Baubigny schools and has been enhanced by planting a ‘green corridor’ for all islanders to enjoy.

The project is a collaboration of several groups working with Living Streets including Green Legacy Guernsey, La Societie Guernesiaise and Community Service. In the future there are plans to enhance the edible orchard, outside learning area and add granite market stones to guide islanders through the route.

‘Living Street’s presented an excellently planned and defined project which is constantly evolving to suit the needs of students and islanders using the pathway. It combines pure conservation with education and practical access and demonstrates widespread collaboration between groups of volunteers. This we felt made it a standout winner and reflected the community values we have here at Insurance Corporation,’ said Insurance Corporation managing director and judge, Glyn Smith.

Highly commended certificates were presented to: Vic and Jill Froome for their project in Torteval to create a nature reserve to help protect the Skylark population, create a wetland area and encourage wildflower and grasses; and to the team behind the St Martin’s Community Wildlife Playground, including the 3rd Guernsey Scouts and the St Martin’s Gardening and Groounds Club, to develop an environmental play area on a small patch of land on Rue des Escalier, St Martin’s.

The winner of the school’s section was St Anne’s in Alderney for their Jubilee Garden that was created in 2012 on a little-used and rather neglected corner of the school’s grounds. Working with the Alderney Wildlife Trust, the project has engaged the community as a whole, but particularly younger islanders who formed Alderney Watch an offshoot of AWT. Watch works on a variety of projects and even has its own newspaper, it recently formed a partnership with Sark wildlife enthusiasts.

‘St Anne’s project has moved on considerably since it was first conceived two years ago. Not only does it engage students at the school and the community at large, but it also taps into what makes Alderney so special – it’s incredible wildlife. We know that the £1,000 prize money will go a long way to further enhance the garden,’ said Mr Smith.

Highly commended certificates were also presented to: Blanchelande School who plan to create an outside learning environment within the grounds of the school; and Forest School for their entry to enhance access to their existing environmental area. All the schools received a gift from Earlswood Garden Centre.

‘The Peter Walpole People’s Choice Award’, as voted by islanders through the Insurance Corporation Community Facebook page, went to Suzette Savident and Rebecca Falla for the Hougue Ricart Conservation Area. Already a successful and well-used wildlife area, they have plans to create a pond, bog garden and hibernaculum. They received £500 towards their project.

The following entries also received praise from the judges and reflect the incredible diversity of conservation work being done throughout the Bailiwick:

THE DANDELION FARM: To revitalise the Sandpiper Vinery site to create a multi-pronged food hub to be known as The Dandelion Farm as a centre of excellence and inspiration to young and old in creating our own food security, free from aggressive chemical intervention and providing much needed food origin and nutrition education in the community.

GUERNSEY BOTANICAL TRUST, SAUMAREZ PARK: The restoration of the garden conserving a site of historical heritage including period plants and education.

HERM ISLAND WOODLAND WALK & VALLEY: Originally entered in 2010, the Woodland Valley has developed significantly since that time to include walks and a bug hotel among other projects.

Insurance as a Career Choice 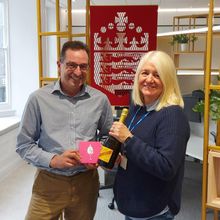 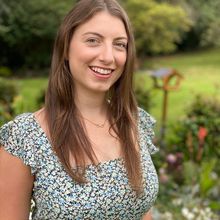